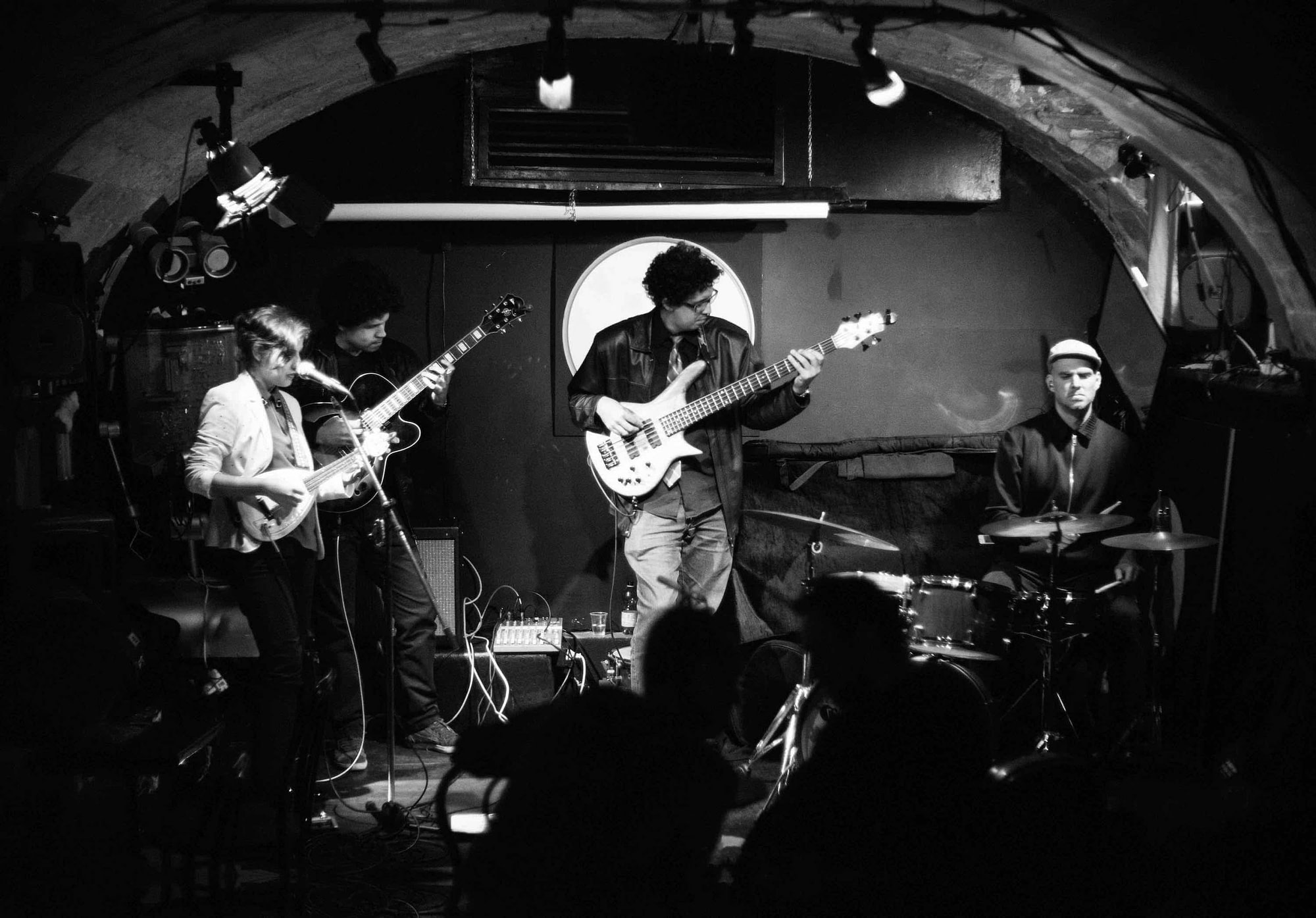 As Grammy Award-winning musician Ruriá Duprat puts it: “Urbem’s sound is so eclectic that a verbal description is virtually impossible. You have to listen to it.” Urbem is a quartet whose feet are on Brazilian soil but whose arms are around the world. Their unusual formation, with the distinctive voice of Bianca Bacha, who also plays ukulele, the amazing drummer Sandro Moreno, the precise Gabriel Basso on bass and the talented guitarist Gabriel de Andrade, makes them a truly unique jazz group. Creating the songs on this album involved two years of deep immersion in a living room, where the band would meet, sharing ideas, rhythms, feelings. As a band they not only record together, but spend a lot of time together, becoming like a family, exchanging ideas and inspiration. This unity allows Urbem to play with wonderful clarity. The recording sessions for Living Room successfully capture the quality of a live recording: every song was recorded and mixed in four days, with just one or two takes each. This gives the album a sense of spontaneity, immediacy, intimacy. Urbem’s original compositions on this album mix beautiful melodies with interesting rhythms and sound effects, resulting in a contemporary approach. As Sandro Moreno describes: “The album varies between jazz elements, samba, using Bianca’s voice as an instrument, touches of classical, but also a very contemporary language with pedal effects. And I like not having just one style. It doesn’t limit us”.