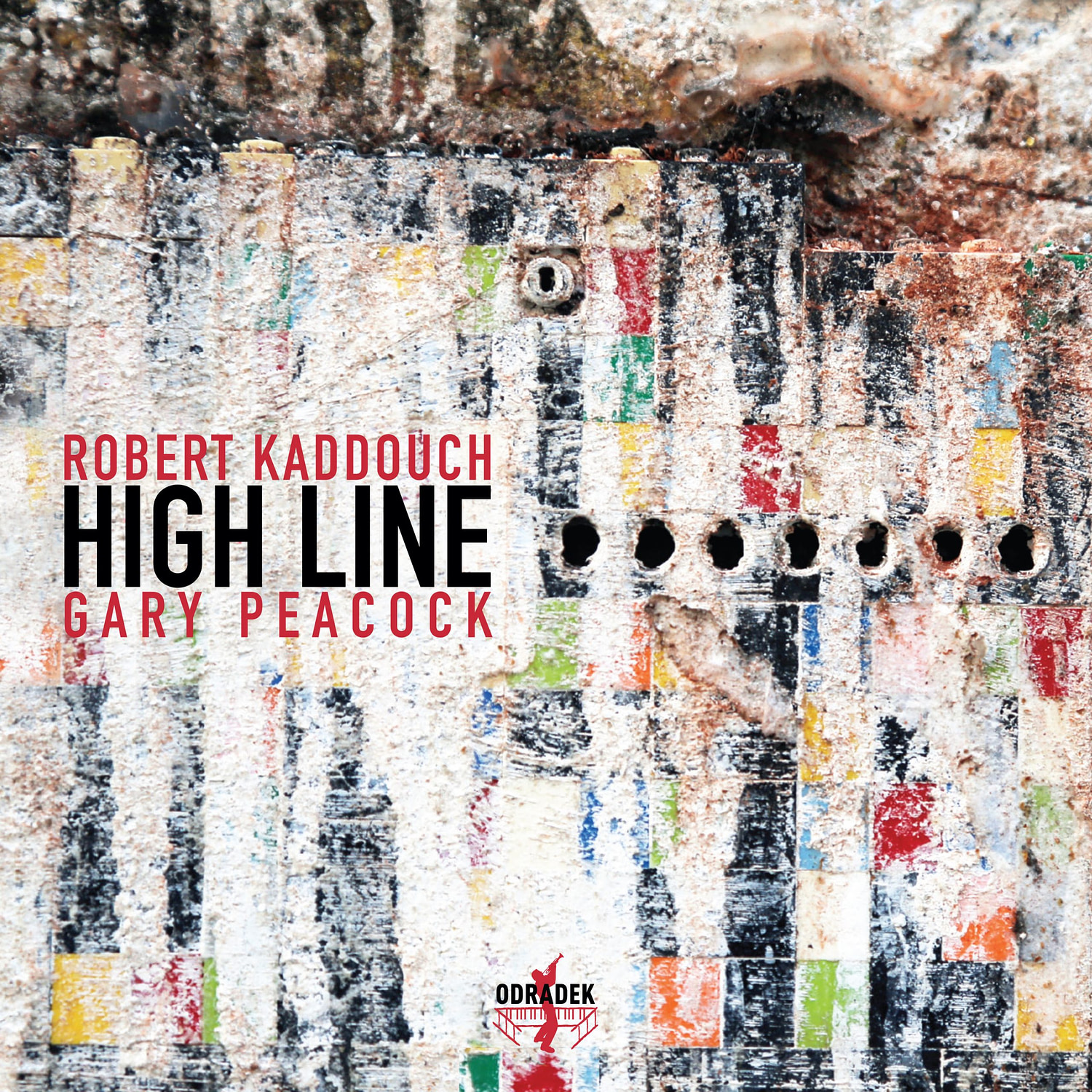 Here is a constellation of compositions that pierces the sky and seems to tell the two musicians that this moment belongs only to them. We can feel in the high notes of French pianist Robert Kaddouch and the deep bass of American Gary Peacock the High Line on which Robert has built its harmonic structure: an unstable equilibrium where musicians, like tightrope walkers, increasingly move away from their comfort zone towards a point where only the fall becomes possible, or a spark of genius climbing even higher towards a new High Line. At such altitudes, all borders are truly abolished. In New York, July 21 2015, after two days of recording, night falls and the lights quickly illuminate the whole city. The origins of each musical piece and even the songs’ titles have long been forgotten. Is this Besame Mucho or Lover Man? What remains is music, jazz reinventing itself and a constellation of compositions that we follow into an ever deeper blue sky. Gary Peacock is a jazz legend whose influence has helped redefine the role of the double bass. He has collaborated with some of the greatest jazz artists ever, including Dexter Gordon, Barney Kessel, Bud Shank, Ravi Shankar, Art Pepper Don Ellis, Paul Bley, Archie Shepp, Gil Evans, Tony Wiliams, the Bill Evans Trio, the Albert Ayler Trio, and a stage appearance with Miles Davis, and more recently, 30 years of working with Keith Jarrett and Jack DeJohnette. Robert Kaddouch has played and recorded with Martial Solal, Daniel Humair and Cesarius Alvim, and as a duo with Jean-François Jenny Clark, Eddie Gomez, Chuck Israels and most recently, Gary Peacock. Their encounter in July 2015 in New York’s Avatar Studios gave birth to this often bold exploration of traditional themes and standards in their first album, 53rd Street, as well as a freer approach to improvisation developed in High Line.

“The apotheosis of jazz’s high wire acts, the duet, is presented here by two…
Read more