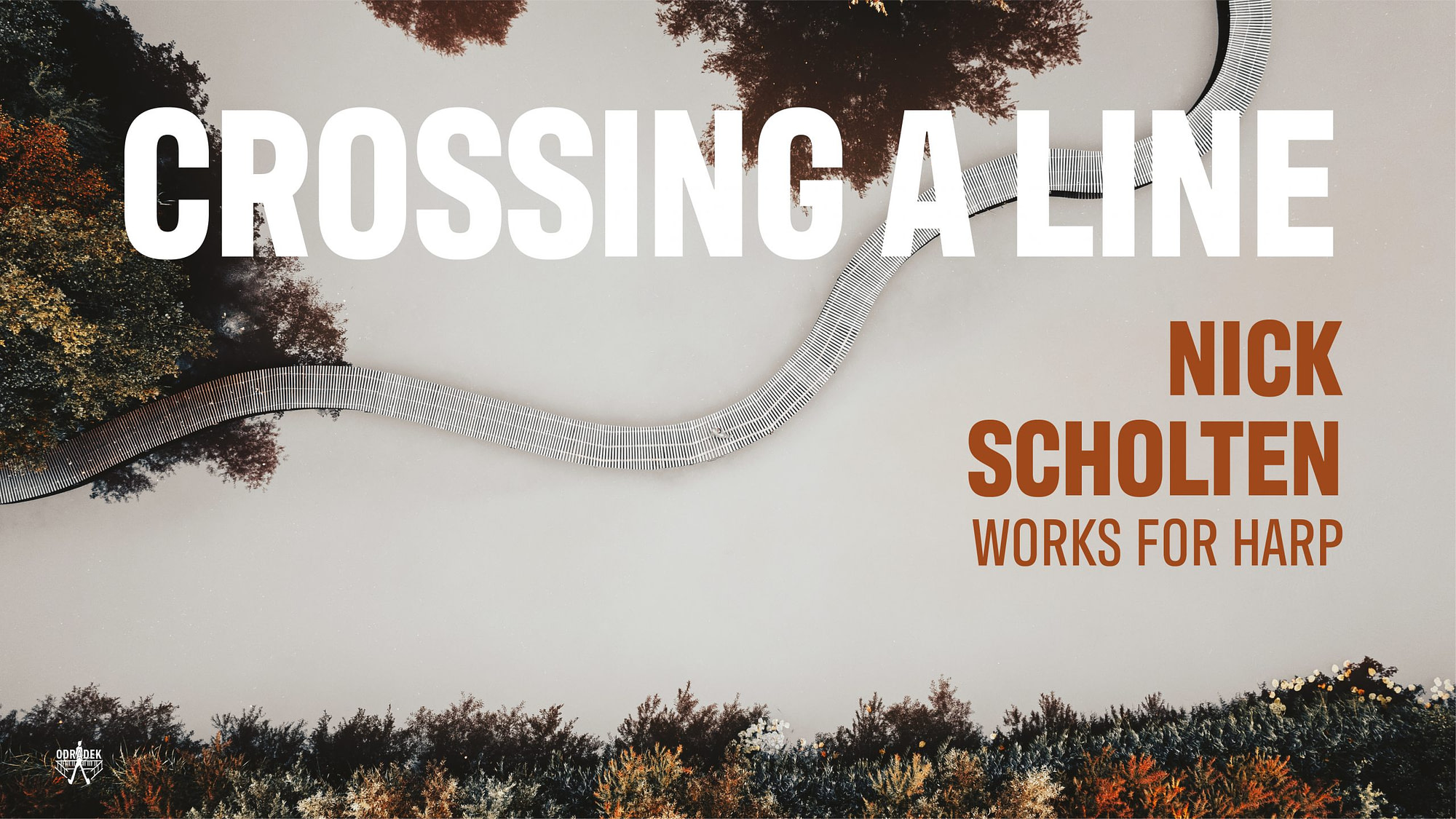 Crossing a Line (works for harp)

Dutch harpist Nick Scholten’s debut album of solo harp music, Crossing a Line, which includes world-premiere recordings, traverses and crosses the invisible, often arbitrary line that divides musical genres. Scholten embraces the interaction between classical and jazz music, and music’s transition into modernity, with works from two continents dating mostly from the 1920s, interspersed with his own previously unrecorded compositions. All these pieces were written specifically for the harp and represent some of the deepest explorations of the instrument’s technical capabilities.