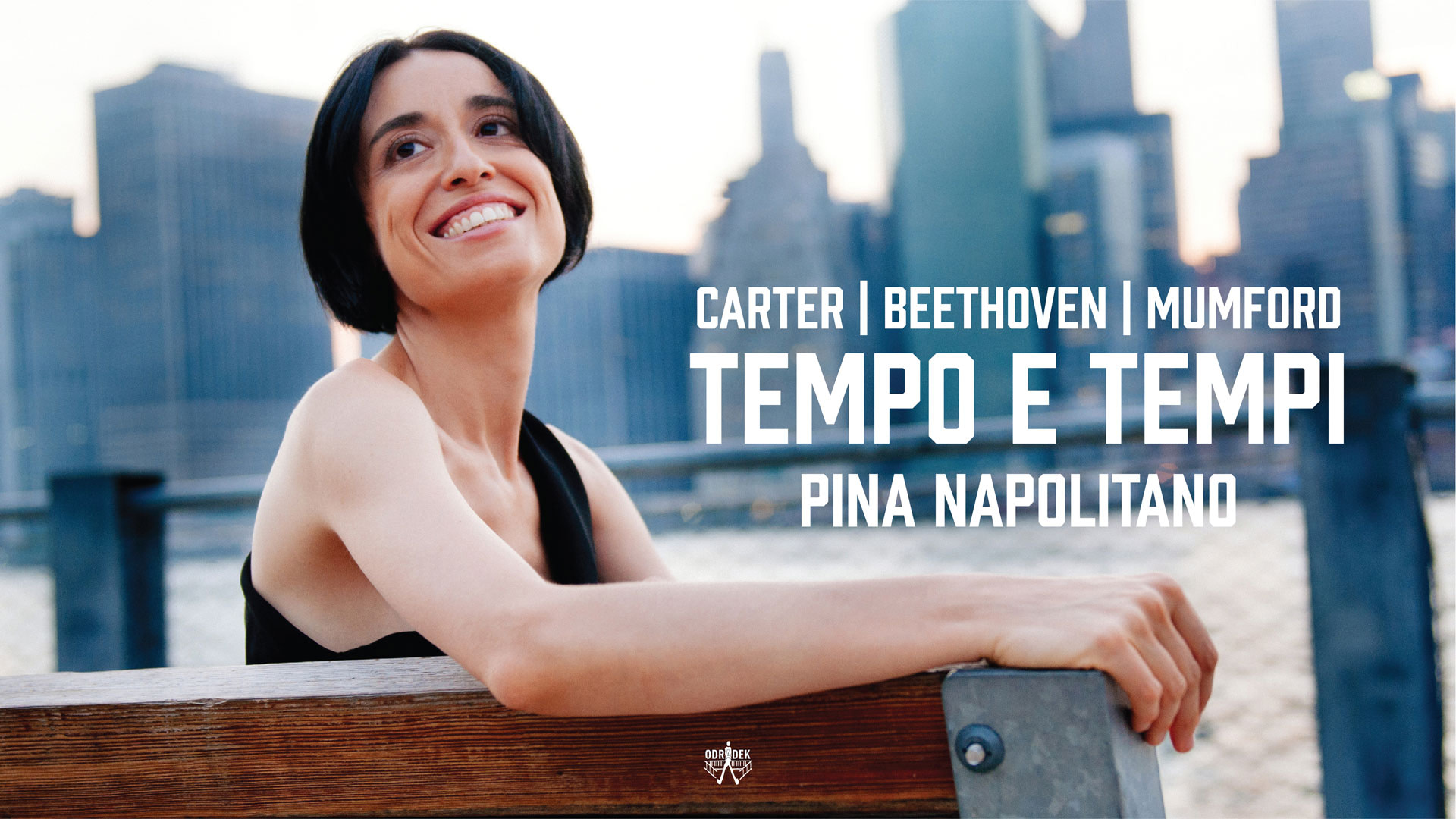 Unfortunately this concert has been cancelled due to Covid.

Two Thoughts about the Piano (2005-6)
I. Intermittences

The aim of Pina Napolitano’s recent projects has been to bring together modern and contemporary music with classical and romantic repertoire, in programs highlighting the connection between tradition and innovation and the mutual indebtedness of composers of the past and of the present. Not only does the present owe a lot to the past, but the past is in some ways indebted also to its future. It is the future, in fact, that many times sheds new light onto the incredible achievements of the music of the past.

Tempo e Tempi focuses on the music of Elliott Carter, putting it in relationship with Beethoven’s last two piano sonatas. If at a first glance (or better, listen) the two composers can sound worlds apart, we can nonetheless trace many threads tying them: the idea of the fantasy, central to many of Beethoven’s piano sonatas, and evident here in Op.110; the intrinsically dramatic character of their music; the tempo transformations and prolations; the idea of deriving an organic form from seemingly contrasting sections.

Carter’s Night Fantasies was composed between 1978 and 1980 to a commission from four of America’s leading pianists: Paul Jacobs, Gilbert Kalish, Ursula Oppens and Charles Rosen. In his preface to the score, Carter speaks of capturing ‘a poetic moodiness’, similar to that found in Schumann’s works, describing the opening of the work as a ‘nocturnal evocation’. Yet underpinning this poetic conception is a contrapuntal foundation combined with Carter’s developing exploration of the compositional possibilities of pulse and tempo. This is music that is at once mathematically precise and deeply evocative.

Beethoven’s Sonata in A flat, Op. 110 (1820) shares with Night Fantasies a profoundly structural and expressive use of counterpoint, a forensic investigation into its own musical materials of pitch and rhythm, and an interesting and ambivalent relationship with the lyrical potential of its thematic material. Like Carter, Beethoven also combines the rigours of a strong structural background with elements of fantasy.

Carter’s Two Thoughts about the Piano comprises two separate pieces: Intermittences (2005), written for Peter Serkin and Caténaires (2006), for Pierre-Laurent Aimard. They are examples of the many shorter works Carter produced in his later years and display a freshness and zest which belie a composer in his late 90s.

Beethoven’s final Piano Sonata, Op. 111 (1821-2) is a further exploration of control and fantasy. The first movement shares with Night Fantasies an instability of mood, stemming from harmonic ambiguity, counterpoint and occasional unexpected tempo changes. The second movement, Arietta, is a theme and variations whose initial variations are very regular but as the music progresses gains greater structural freedom. It is a game of metrical relationships not dissimilar to those in the music of Carter.

The internalised world of the closing pages of Op. 111 is continued in the final work on the album by the American composer and former Carter pupil Jeffrey Mumford (b.1955), whose two Elliott Carter tributes were written for Carter’s 75th and 100th birthday celebrations respectively.

Tempo e Tempi (Time and Times) takes its name from a poem by Eugenio Montale set to music by Carter in a song cycle of 1998-99. The poem encapsulates two central aspects of this album: the relationships between different superimposed musical times, independent but proportionally interrelated, so important to Carter’s music, and the relationship between historical times, which makes possible the ‘meeting’ between these two composers from different epochs.